My lovely fiance made this the other night and it was ridiculously good:

Steam the cauliflower to a crisp, almost done state. Then saute the leeks in olive oil, adding paprika, a little salt, and white pepper. Add the cauliflower and saute until your desired done-ness. At the last minute, add some nutritional yeast. We didn't add this, but fresh herbs would be delicious on this, like tarragon, parsley, or even sage.
Posted by Claire at 10:27 AM No comments:

For the past few weeks, I've been purchasing the majority of my food at downtown Nashville's Farmers' Market. As you may know, we had a terrible flood last May, and the grounds and building of the farmers' market were underwater. Fortunately, the city worked quickly to get the inside of the building renovated, and I must say, dramatically improved (although it still needs some work), and this summer, perhaps even as a result of the flood and the subsequent improved interest and support of the market, has seen it blossom.

When I lived downtown, up until last year, I did go quite often, although, I have to admit, not as often as I should have. Now I live out in the far suburbs, actually way way out on the proverbial county-line, I appreciate this resource even more, especially in its reborn form.

The selection of produce has always been plentiful, fresh, real, and unplasticky. I loved the mutant siamese-twin eggplants that would never pass muster for the perfect, slick vegetable displays at the grocery store, the new potatoes still partially caked in dirt, long, vibrantly green beans, a huge bag for a dollar, and still -husked corn plucked from the bed of a pick-up truck with out of county plates.
Posted by Claire at 9:53 AM No comments: 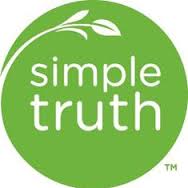 I may or may not have ranted about my less than positive relationship with Kroger on this blog. Let's just say that my 20 something year relationship with the grocery chain has had more downs than ups. I generally think it's overpriced, full of additive-laced cheap food, and their produce stinks (sometimes literally). However, I constantly find myself living in places in which going to any other grocery store than a Kroger is inconvenient.

I live on the outskirts of Nashville, and somewhat close to my house is a "new" Kroger, as we call it. It's an updated Kroger, so it's fashioned in an early 2000's style as opposed to most Krogers, which still look like a flashback to the 1980s. Anyway, I've been giving Kroger more of a chance lately, and I've begun to see some changes. I think the company is finally looking at what other grocery stores are doing and analyzing why my demographic would rather shop at Whole Foods or Trader Joe's and I think they've done something smart.

Kroger has launched a full line of organic products, not just processed foods, but meats, tofu, eggs, dairy, soy milks, snacks, and produce, and they are adding more products as I type. I feel much better shopping at Kroger now that I have these options, because did I mention that this stuff is also reasonably priced?

Here's a link to the catalogue of products:

The "Comfort" of a Relationship

I completed a half-marathon last year, and I'm attempting to do the same this year, and it's only in a few months, so I have to stop the gluttony and get my arse moving around, and my lovely fiance has pledged to do the same.

So here we find ourselves gathered around the juicer once again. We've been juicing and eating only vegetables for a few days now, in an effort to detox and to lose weight. The weight is more important for me and the detox is more important for him (eating heavy foods causes his food allergies to fight back with a vengeance, so we are also trying to eradicate those).

We have both been woolly-headed and short on patience for the past few days, and I've had a wicked headache, but I figure that's all part of it, that we'll get used to the change and move on. We're actually really enjoying our food and instead of eating out a lot, I'm trying to get creative once again in the kitchen. I will post recipes, I promise. In fact, here's one from yesterday. It is simple and delicious.  The quantities will depend on how many you want to feed, but I'll approximate what I did.

Sautee the carrots, celery, and onion in olive oil or coconut oil until they start to get soft. Add some salt at the beginning of this. I also added a little garlic powder for good measure, but it's not necessary.

Meanwhile, set your oven to broil and halve the peppers (including the poblano) and scrape out the seeds. Brush the peppers with oil and set them inside side down on a cookie sheet and broil them until the skin blackens and blisters, about 10-15 minutes. When I take them out, I rip the skin off as soon as they are cool enough for me to stand it!

When your veggie mixture is finished sauteeing, transfer it to a big saucepan and add the can of tomatoes and the vegetable stock and the roasted peppers. At this point, add some more salt and a few sprigs of cilantro. Let the soup boil and then simmer long enough for the flavours to combine, about thirty minutes or so.

Then take the best kitchen tool ever (the immersion blender) and blend the soup right in the saucepan. Before you do, you could add a little more cilantro.

I added some chopped cilantro to the top and served with salt and pepper.

This is delicious. You should try it!

I have recently discovered this amazing recipe resource. I love the advanced search feature, in which you can specify things like Vegan, or Gluten Free, or Sugar Conscious. This means you don't have to search through irrelevant recipes and you don't have to encounter tempting recipes with ingredients (like dairy or bread) that you're trying to stay away from.
Posted by Claire at 11:58 PM 3 comments:

This Puts it all in Perspective

I just ran across this on Huffington Post today. It's about a chef who lost his entire stomach to cancer. In spite of this, he still can eat (although only small meals), and he still works around food. He has found a way to still work in his vocation with passion and to help other people use food to fight cancer:

I started this blog to chronicle my weight-loss and health journey, while focusing too on the environmental aspects of eating and shopping for food. During the past few months, I have done more to further the cause and keep in the spirit of this blog than I did in the previous three years.

To explain, I finally kicked (mostly) some bad habits and have consistently taken responsibility for what I eat, what I buy, for weight loss, and for my impact on the environment.

My best friend in the whole world, Ms. O., got married this summer. She was ridiculously organized about planning her wedding and insisted we order our bridesmaid's dresses in January (for a July wedding). She picked a gorgeous but unforgiving purple pencil-style shiny frock that I ordered in a size a little too optimistic for my own good. The dress came and it didn't fit. I could get in it, but no amount of stomach-suckage and gyrations made it zip, actually I made a tiny rip during these bi-weekly shenanigans.

Nordstrom's sold out of the dress, so even though I was tempted to just order the next size up at one point, by the time I decided to give in, they had sold out. No way out of it now. If I didn't fit in it, she would kill me, stone dead. I had no choice. I had to stop stuffing my face.

I started swimming last year, and have kept this up for over a year now, but I still regularly stuffed my face, so the weight loss (and gain) fluctuated. At one point, I found myself at 70 lbs overweight. You would think this would shock me into doing something, but ultimately, the visions of Ms. O. murdering me (or at least castigating me with a look of disappointment and disapproval) worked wonders for my motivation.

Before the wedding, I managed to lose about 15 pounds through giving up most meat, cutting down on dairy, eliminating bread, most sugar, and fat. I limited myself to 900 calories per day (plus booze calories a couple of days a week) and saw results fast. I knew I couldn't sustain this for the long haul, but the wedding day loomed and I was a desperate woman.

With the help of Spanx, a good strapless bra, and the dedicated work of the other bridesmaids, we managed to tuck me inside the dress (and I could still breathe). Thank goodness gracious.

When I returned home, I decided to continue all the good work and started working out often because I don't teach many classes in summer I had an excess of free time. I also watched a documentary called Fat, Sick, and Nearly Dead, bought a juicer, and started what the movie calls "a reboot." I juiced for about three days, then started to eat only vegetables for a period of about five weeks or so. I currently have lost about 40 of the 70 pounds and am still going strong. I've introduced myself to all manner of new foods, have gone mostly vegan, and am eating better and feeling more satisfied and happy with what I'm eating than I ever have before.

More to come, folks!
Posted by Claire at 9:49 PM No comments:

Thanks for reading, and for all of your comments so far. Ms. RD and I (Miss B) are chronicling my weight loss journey and all of its trials, tribulations, joys, recipes and tips. She is helping me do this the healthy way and we're attempting to show that you can lose weight without resorting to processed foods and low-fat, high sugar, unnatural products and still eat fun foods like chocolate and wine! We're also considering the ways healthy eating habits can help the environment and lower energy usage and waste.